HomeTechnologyThe Bitter Relationship Between The Police And Ghanaian Societies
Technology

The Bitter Relationship Between The Police And Ghanaian Societies 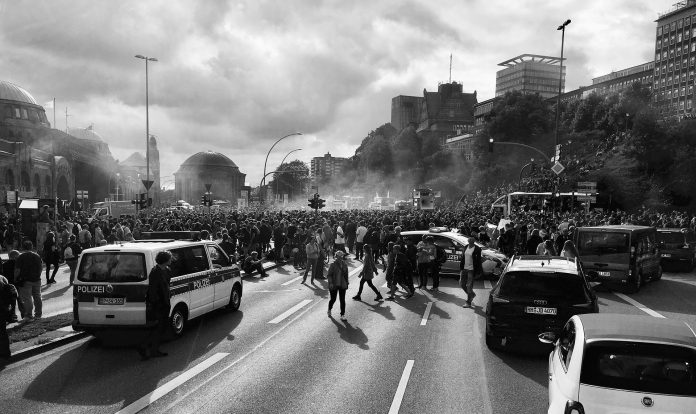 In Ghana my motherland, they always tell us that the police is our friend but this narrative is far from what we ever see. In the heart of every Ghanaian, the police is far from becoming the friend of any individual and there are several reasons leading to this mindset. The respect we were supposed to accord the police is rather been sampled down to inner hate and dislike.

This statement should not come as a surprise to anyone becomes that is the current state of affairs in every Ghanaian society you may find yourself in. In every single town, village or suburb, the undying hate towards the police is there and the least of provocations will create an unwanted instability which may not look so good if it ever found its way to the headlines.

Back in our old traditional political system, security was strictly handled by the chiefs of the land and there was a chief specifically assigned to head the security on behalf of the king or paramount chief. Whenever there was a report or dispute, both parties are brought in for the issue to be investigated throughly before any action is taken. An accused is a free man until proven so. No arrest will be made because there is no knowledge about the on and out of the offense. After investigations, if the accused is found guilty, the issue will be further presented to the king for his final judgement. If the accused comes out clean, he or she was left alone with some compensation from the accuser.

From the very few information about our ancient security structure, we can boldly say they had much stability and respect from the people. I can’t really say the same thing about our present day security structure adopted from the western world as part of our democratic regime. We are either not doing somethings well or we are doing nothing at all to help. Our present day police is a big mockery tagged as the ultimate receivers of bribe and the perfect specialist of cover up.

The best place to find them is around road blocks not because they are maintaining a good campaign of road safety but rather to swindle a couple cedis from drivers when they very much know their vehicles are in bad shapes and conditions to cruise our somewhat tattered roads. This very action from them contributes to the vast road accidents in the country.

Another thing they are well known for is instantly arresting anyone accused of a crime upon an accuser writing down a report. We live in scary times where anyone can be picked up and put behind bars just because he or she has been accused of something. No investigations whatsoever nor validating the report. They just grt up and arrest you, lock you up and if no one comes to bill you out in 6 days, you’re sent to the court where you get to be judged and handed a huge slap of bail or time in jail.

All of these must get us thinking about why and how the police is even in existence. Emergency dial-up doesn’t even work. Whatever danger you face, you’re on your own and the police sometimes gets to decide what case is important for them to chase and which is not. They will rather spend resources to investigate who stole a spare Tyre of a politician rather than chase the case of a missing child.

In the ghettos, the one thing the youths hate the most is the police and the factors leading to these are many. Not every thing must be talked about but the truth is always there for all to see. With the least confrontation, the youth will stand against the police and that’s not something we should be glorifying. The police are supposed to protect us so how come they are the very ones oppressing us in our own society. How can you be a friend to someone when all you do is to scare them? We hope things change for the better otherwise the future will be ugly