HomeTechnologySuicide Prevention Should Be A Priority In Ghana
Technology

Suicide Prevention Should Be A Priority In Ghana 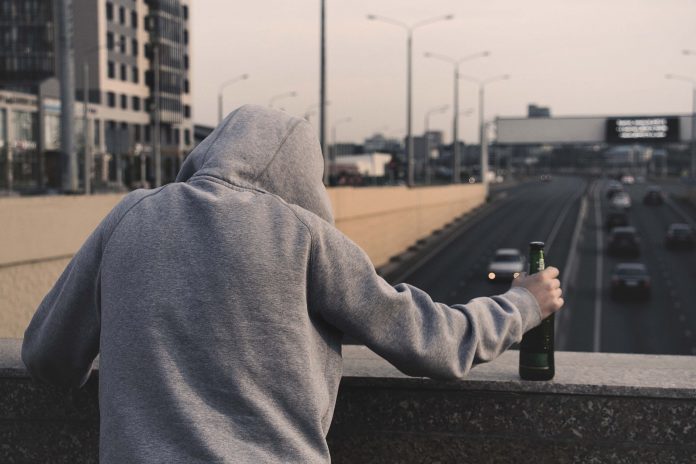 Where I come from, the say if it never happened then it doesn’t matter. In case you want to know, I’m from Ghana and over here we only pay attention to issues only when they are at our doorsteps. Suicide is everywhere and can’t be termed as a national problem but rather a universal problem. What matters is that every country on this planet have one or two measures to tackle the issue.

I wouldn’t say Ghana my motherland doesn’t have same measures. I’m just clarifying that whatever these measures are, they aren’t working. For a country still held to old foundations in every sector known, there’s no doubt we are still stuck to the old ways of doing things even with the rapid changes ongoing around the world.

A meme once said, modern problems deserve modern solutions. Suicide isn’t a modern thing. It’s been there for centuries. The easy way out is what we mostly call it. But from all indications there’s nothing easy about this way out. The guilt of taking another man’s life is so strong that we try our possible best not to commit such a thing. This sheds some light on how hard it will be to take one’s own life.

If I am to compile a list of the hardest things to do, I will never put anything above taking one’s own life. The guts one needs to do such indicates that within the mental state of the individual lies absolutely no hope. It does get to that point where the best you can do is to jump off the train of life and cease your existence.

Despite everything, the hopeless can be given hope same way the broken can be mended. Measures must be put in place to help such individuals facing life threatening mental crisis. Loved ones and professionals need to render a helping hand to the individual suffering from depression, anxiety Or any other mental trauma.

All my life as a Ghanaian residing in Ghana, I’ve never seen an organization nor individuals publicly doing the part that needs to be done most. Maybe everyone is so busy with their lives that they have no time to help others out on such matters. Suicide prevention campaigns are as rare as original sneakers in the country. Our television and radio waves got every bit of information to give but I’ve barely seen one about suicide Prevention.

Looks like it doesn’t really matter but on the low, suicide rates keep increasing day by day. The hottest one to make the headlines was the death of one Liticia who reportedly hanged herself on campus. Another involved a final year Knust student who also took the easy way out after accumulating countless debts and losses. The news was everywhere and such times seemed more suitable to launch a strong suicide Prevention campaign but after the rest in peace comes the silence and the life goes on slogan.

Professionals aren’t doing their jobs if you ask me Nor is the government. Huge banners are erected for a lot of things but not a single one about suicide Prevention. Maybe a prominent politician must lose their relative or whatever to suicide before they take the issue serious.

In second cycle institutions, there seems to be no therapy sessions set up for students nor is there any active counseling units available for students. Whatever you’re going through, you are on your own. These young minds needs some elderly insight and professional guidance in their lives and that could be their parents but since children spend almost all their lives away from their parents, the school should be doing this and to my surprise, the school doesn’t even realize the need for this.

In tertiary institutions, there seem to be some laid down measures with professionals brought in to help but with all honesty, this system is either not working properly or not working at all. This somewhat leads emotionally disturbed individuals to give in to their instincts. This is all because someone isn’t doing their job well or nobody is there to do the job. It will surprise you to find out that a university in Ghana with thousands of students have no proper counseling centers or have none at all.

The government can do better. Setting up counseling centers and making them accessible to all is a must. Creating awareness and enforcing suicide prevention campaigns is also a must. Same way running ads and erecting signs on suicide prevention must be a priority. Everyone deserves and chance and a shot. If someone doesn’t see the value of life, open their eyes wider to the bigger picture. Same way if someone have no reason to continue living, give them a good reason.

The government must make suicide Prevention a priority. That’s all we are asking for and we know it’s not too much to ask for. Thank you and my name is Kenneth Dwomoh Mensah a student of Knust.

Remember when the FAA grounded all U.S. flights? It was due to deleted files

ChatGPT users report $42 a month pricing for ‘pro’ access but...