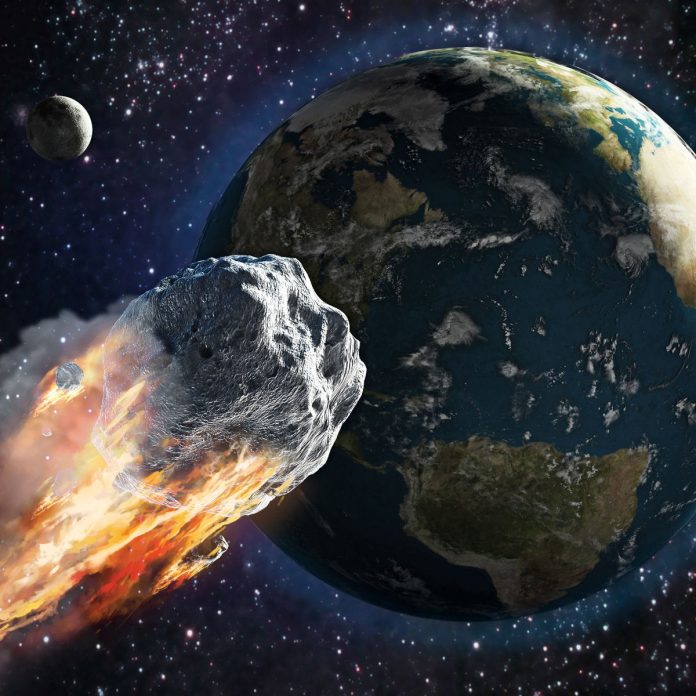 A giant asteroid, estimated to be up to 1.3km in diameter, is heading towards us and will make a close pass by next month. The potentially hazardous asteroid, called 138971 (2001 CB21), will come as close as 4.5 million km. But scientists say there is no need to worry as the asteroid will be about 13 times the average lunar distance at its closest. However, the celestial object will be travelling at a stunning speed of over 26,800 miles per hour. The close encounter will happen on March 4 at about 3:00am ET (1:30pm IST).

An astronomer at the Virtual Telescope Project in Italy has captured an image of the asteroid hurtling towards us on January 30. Gianluca Masi, the astronomer, found the object using an Earth-based telescope when it was about 35 million kilometres away.

In the image shared on the website of the Virtual Telescope Project, the asteroid can be seen as a small white dot highlighted by an arrow at the center. It was captured during a single 420-second exposure, taken remotely with the “Elena”, a robotic telescope unit.

A report in Newsweek said the asteroid completes an orbit of the Sun in 384 days, a little more than what Earth takes to go around the Sun. The asteroid’s classification as “potentially hazardous” does not mean it could hit us. It means that it is capable of coming very close to us. The classification also takes into account the size of the asteroid. Last month, another asteroid came relatively close to Earth. Called 7482 (1994 PC1), it was over 1 kilometre wide and whizzed past Earth on January 18.

While no threat of a collision from an asteroid has been detected so far, NASA is working on building capability to deal with such a situation if that arises in the future. It has launched the Double Asteroid Redirection Test (DART) mission to crash a spacecraft into an asteroid to give it a nudge to change in its trajectory. The crash is not expected before September-October 2022.

Get a refurbished Apple iPad mini for 71% off

Avoid roaming charges with this eSIM for $25

Save 40% on the smart Nix Mini Color Sensor

Get a refurbished Apple iPad mini for 71% off

Avoid roaming charges with this eSIM for $25

Save 40% on the smart Nix Mini Color Sensor