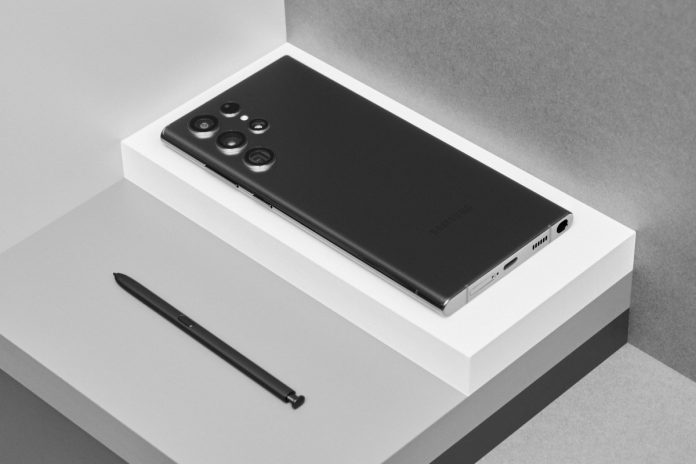 Samsung today announced the Galaxy S22 Ultra smartphone, which will be the company’s first flagship for 2022 and the successor to both the 2021’s Galaxy S21 Ultra and 2020’s Galaxy Note20 Ultra. Alongside the usual year-on-year improvements, the main story here is the inclusion of the S Pen from the now defunct Galaxy Note line. 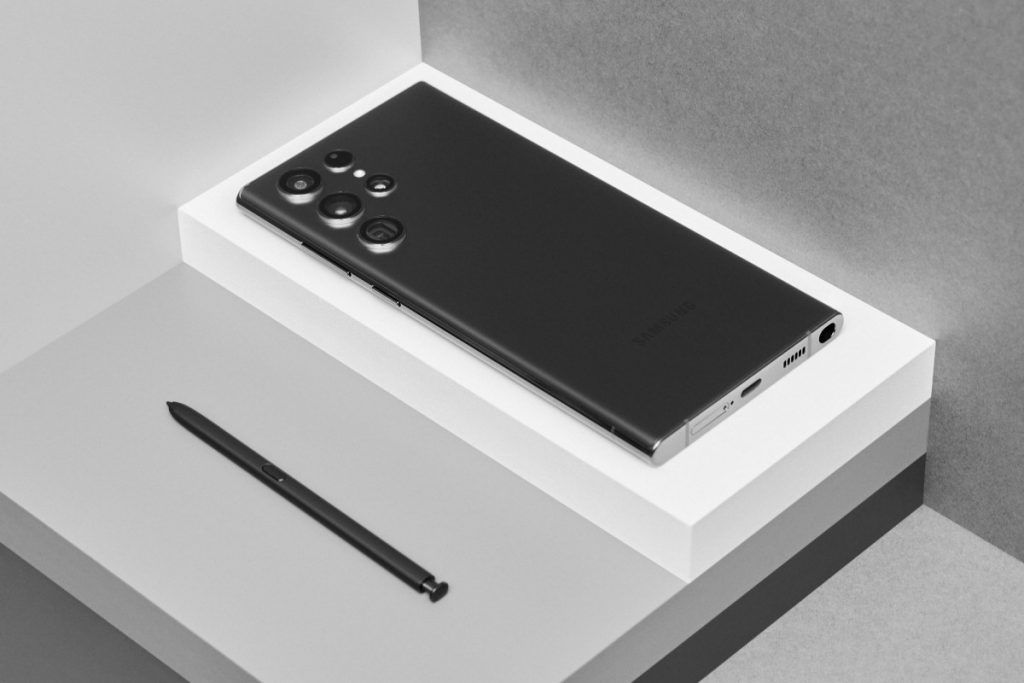 The Galaxy S22 Ultra features a design similar to the Galaxy Note 20 Ultra with a flattened front, back, top, and bottom with curved sides. One of the colors (Burgundy) even looks similar to the Mystic Bronze color of the Note 20. Like that phone, the S22 Ultra also feature a more gently curved display. On the back is the new camera array in a similar arrangement to last year’s S21 Ultra but without the large raised island around it.

The Galaxy S22 Ultra uses an aluminum frame and Corning Gorilla Glass Victus+ on both the front and the back. The phone as well as the S Pen are IP68 water and dust resistant.

The new integrated S Pen features an updated latency of 2.8ms and AI-based co-ordinate prediction technology. Samsung has also improved the handwriting to text feature and it now supports 88 languages.

The new Quick Note feature allows you to attach or link content in a Pop Up note within Samsung’s apps like Browser and Gallery. There’s also a new Collaboration View feature that enables syncing between a Galaxy S22 Ultra and the Tab S8 Series. This lets you use the S22 Ultra to change your tools while drawing on the Tab S8. 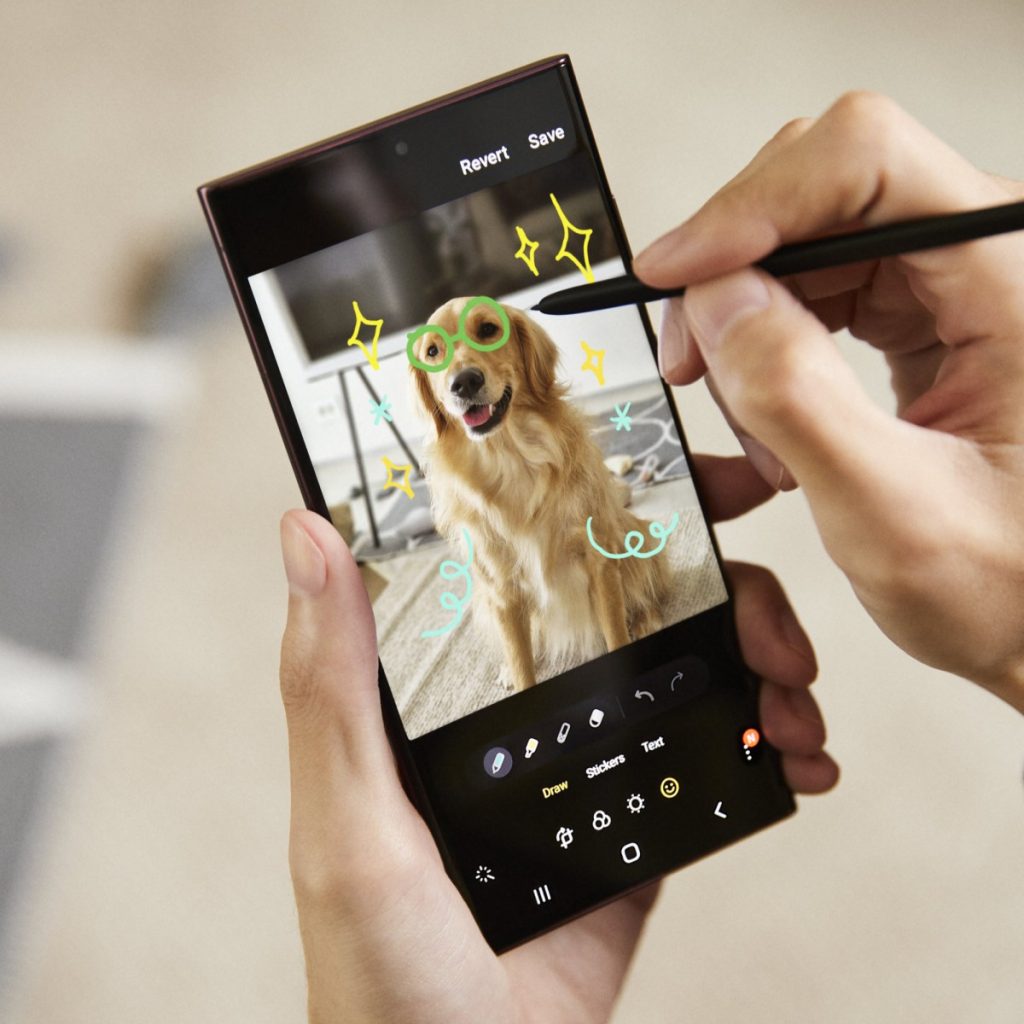 At the front you get a 40MP F/2.2 selfie camera. Instead of having new hardware, what the company has done instead is introduce new AI enhancement using the updated NPU to improve photo and video quality in low light as well as add new camera features.

One of the new features is Auto Framing. Using the ultrawide camera on the back, the phone is able to crop in and adjust the shot for the number of people in the frame. It can track up to ten people at once and will automatically zoom out when more people walk in. You can also manually zoom in or track one person in the group and the shot will be framed accordingly.

Samsung has also improved the portrait mode effect, which can now produce cleaner results and better background separation, even on animals. New studio lighting effects have also been added to correct lighting in edit. A night portrait mode has been added, which turns on automatically while shooting in low light. 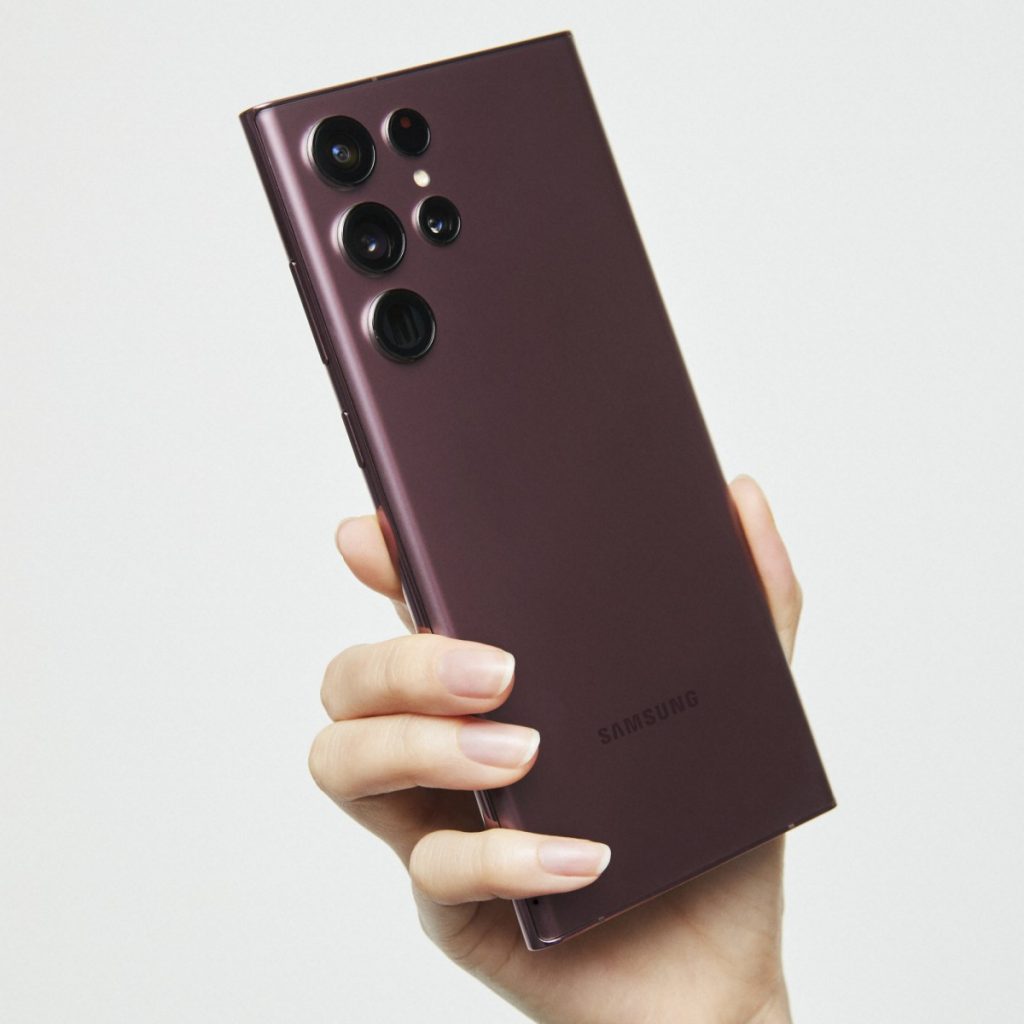 The Galaxy S22 Ultra will come with either the new Exynos 2200 SoC from Samsung or the Snapdragon 8 Gen 1 from Qualcomm. Both these flagship chipsets are based on the new 4nm manufacturing process and feature similar octa-core CPU design. However, while the Qualcomm chipset includes the company’s Adreno 730 GPU, the Exynos chipset will feature the new AMD RDNA2-based Xclipse 920 GPU. Both feature improved AI processing, with Samsung claiming 2x faster NPU over the S21 series.

In terms of memory and storage, the S22 Ultra will start at 8GB memory with 128GB of storage. Other variants will feature up to 12GB of RAM and a choice of either 256GB, 512GB, or 1TB of storage.

The S22 Ultra will ship with One UI 4.1 running on top of Android 12. It has a 5000mAh battery with support for up to 45W fast charging using a wired charger and 15W wirelessly.

The Galaxy S22 Ultra will be available in Phantom Black, Phantom White, Green, and Burgundy starting February 25 with pre-orders opening today. Additional Graphite, Red and Sky Blue color options will be exclusive to Samsung.com. Prices start at $1199/€1249 for the 8/128GB model.